6 Pointless Observations About Commuting to London

Right, I think I feel like taking a break from talking about mooveez ’n vidya gamez for once. Good gravy! Did I just say what I thought I just said?

As a graduate who has now managed to transition into the perpetual reality that is the world of work, as someone who was used to taking five minute walks into lectures and had to adjust to a daily ninety minute commute into the capital, I thought I’d give a brief overview of some of the less-than-widely-documented things I’ve noticed over the last few months. 6 of the most unceremoniously trivial and generally obtuse points I can think of, which may or may not ring true for anybody else of a similar background. Are we sitting comfortably?

You can always tell when somebody asks ‘where do you live’ that they are expecting the name of a London borough somewhere within zones 1 to 6. Give a different answer and the typical response will generally be ‘which zone is that,’ to which you must calmly explain that there are in fact places beyond the city and it is actually possible to come from “the outside.” Once the shock dials down, the accuser will then proceed to either treat you as one of the wildlings from Game of Thrones or continually ask you bewildering questions about your commute as if it is the most exciting thing in the world. (Spoiler alert, it isn’t, although that hasn’t stopped me blabbing on about it.) 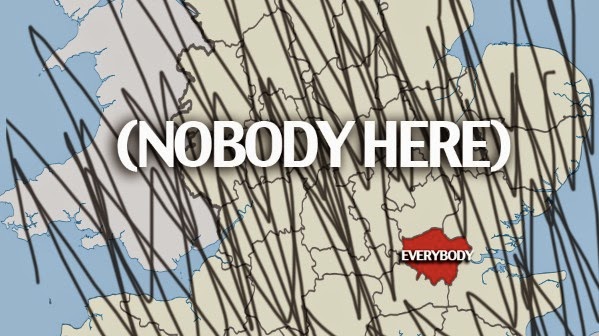 Of course, I shouldn’t complain at the end of the day, because there are still more than enough commuters like me around. Frankly, if there were any more of us, the whole national rail system would grind to a halt. In the grand scheme of things there isn’t much to complain about - the travel time is still significantly less than many people who live within the confines of ‘zone 1-6’ so is it really something to worry about? Cheaper house prices offset the higher travel costs, so in the end of the day, I suppose, the decision of where to live is a matter of personal convenience, and personally, it’s quite convenient being able to come in from such a distance that there’s just enough time to watch an episode of Game of Thrones on the train every day. That’s the second time I’ve mentioned Game of Thrones and I'm still on point number one. I think I might have a problem.

2 - Everyone walks around with smashed up phones

Now this is a weird one. I get the principal, really, you’re working in London, you’ve had a few pints and you’ve dropped your phone. The screen is all buggered… where’s the warranty? Your phone is on a contract, ooh but what’s this? Next year’s model is about to be released? Never mind - you can wait until then to get it fixed. But seriously? The amount of smashed up phones I see being used on a daily basis is quite bizarre to me. It’s at least one per day and often three or four, be it on the tube, out and about or in the office. I’m not talking minor scrapes or scratches either, I’m talking full-blown shattered glass. Maybe it’s the fashion these days to be unable to see 95% of your screen thanks to cracks so deep they make the pixels around them bleed into one another. I can’t imagine it’s very good for productivity - try sending a legible text message when you can’t use certain letters ‘cos there’s a massive gaping hole in your screen. What exactly is going on here? Are people this prone to butterfingers with their mobiles when travelling out and about in the capital? I don’t remember ever noticing this trend anywhere else, maybe it’s just me? Maybe the sheer density in population is making it appear like this is more commonplace than it actually is. I guess the moral of this story is to take care of your phone, but if you smash yours up to the point that it’s almost unusable and want to feel less bad about it, I guess you should go to London.

Alright, listen up whippersnappers. I’m going to break the commuters’ code and give y’all some actual advice right now. It’s hard to quantify this but there is a system, there is a way to make sure you always manage to get on a train that’s A) a fast train, B) always has a space to sit and C) doesn’t break down suddenly. The first point is obvious, you just have to know in advance which ones will have loads of extra stops and which ones won’t. If you want to do some more detective work, mix up your routine from time to time. Figure out which trains regularly have large pauses at signals at specific times (the ones with more stops won’t always be slower) and which ones tend to be the most crowded.

As for point B, you don’t have to get to the platform super early, although it can help. If you’re staring at the departure boards waiting for an incoming train’s platform number to be announced, you can usually rely on simple deduction to figure out which platform it’ll be, and if not, I’ve noticed that the average King’s Cross’er doesn’t have particularly good reaction time when the boards refresh, even when they’re fixated on them. It’s pretty satisfying (in a kind of devilish, OCD way) to be the first one in a massive crowd to have twigged which platform a train’s gonna arrive at - and once you’re ahead of the masses, remember you’ve got first dibs for seating. If you’re not going to be early, I find that the best place to get on a long train is about a third the way down the platform. People will generally get right on the front of the train if they’re completely rushed, but many will try to go all the way down the platform and fill up from the opposite end, so you often end up with this weird lull about a third down the platform shortly before the train departs. That’s my advice, anyway. What do I know? I’ve not been doing this for very long, so I’m probably not qualified to write a whole bloody essay on it.

4- Finding something productive to do on the journey isn’t hard, but plan ahead

More advice? What’s come over me?

I’ve already mentioned how much I enjoy watching stuff on the train. However… If you’re trying to watch something on your phone in the middle of Summer, it can be pretty damn impossible to hear any of the dialogue with the sound of the wind rushing past, even with maximum volume booming out of your headphones. Frankly, nobody wants to shut the windows on a hot day, probably not even you. So download some subtitle tracks beforehand. It’s not hard to get them synced up to whatever you’re watching - use an app like VLC if you’re doing this manually. The other point of course is to make sure you’ll be able to get to a good stopping point in time. If you’re gonna sit playing games or even do some actual work on the train then the same advice stands. You don’t want to be missing your destination ‘cos you just had to beat that damn level / fix that spreadsheet (delete as appropriate)

I’ll confess to occasionally watching things at 120% playback speed. A little mental, I know, but faster-than-normal dialogue becomes surprisingly unnoticeable with practice (as long as it’s not pitched up.) So if you need to make a 50 minute show into a 42 minute show to fit the travel times, give it a go, and let me know how much of a nutter I am.

If all else fails, just take a nap. It’ll be good for you. I like to do that in the mornings, since it helps soften the blow of getting up at stupid o’ clock. Again, don’t miss your stop. It can happen.

Just don’t do it. I don’t care how empty the carriage is, it’s just not on. I’m not sure where this rule originated from but I could hazard a guess that it’s because you pretty much can’t find anywhere less hygienic in the whole of London, and that’s saying something. Oh, but feel free to go nuts if you’re on a National Rail train. At rush hour it’s like everyone's just come from an all you can eat buffet.

That’s all I want to say about the underground. The less said about it, the better.

She even has her own Twitter page these days. Shut your eyes! There is no escape! 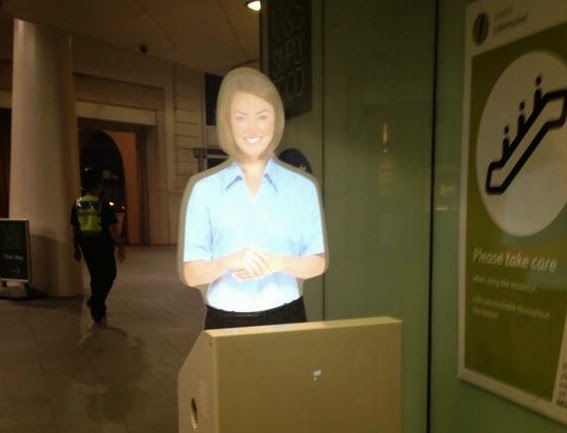 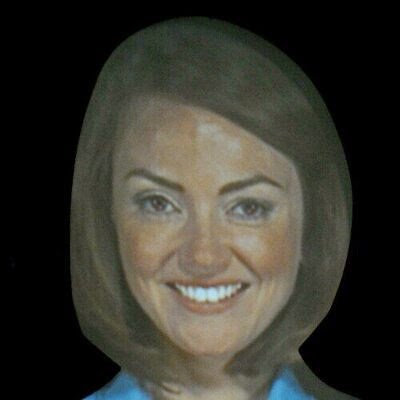