Oh, wow. I've somehow broken the 'one blog per month' curse to do another selection of half-arsed reviews. This time they're all sci-fi themed. Yep, time to embrace my inner nerd... 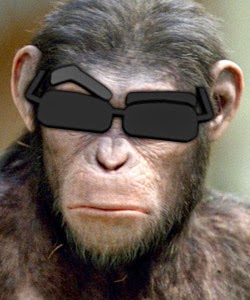 Dawn of the Planet of the Apes
The confusingly titled sequel to Rise of the Planet of the Apes (how can the dawn come after the rise?) is a brilliantly made blockbuster. Even if you disliked the previous film, it's worth giving this one a shot as it has a significantly different tone. The film does a good job of keeping you invested and rooting for both sides, though the CGI chimps undeniably steal the show. Koba in particular gets some very scene-stealing moments. The characterisations and mo-capped performances are complex and nuanced even when the film dares to devote entire scenes to subtitled sign-language and simple primal growls. Despite devolving into silly, schlocky action full of apes-riding-horses-with-machine-guns, exploding skyscrapers and overly convenient plot contrivances, it does so in such a way that the film loses none of its credibility while more than fulfilling the Summer blockbuster action itch. 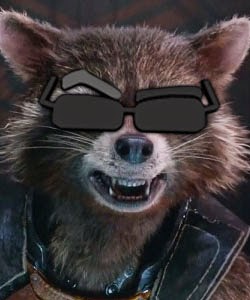 Guardians of the Galaxy
Has Star Wars come early? Er... if Han Solo were a space raccoon and Chewbacca were a talking tree... maybe... Actually, Chris Pratt's Starlord is even more the Han Solo type, making for a likeable protagonist, rolling around with his inexplicably-still-working Sony Walkman. Some good song choices in this movie. It's fun seeing a goofy ensemble sci-fi that doesn't take itself too seriously, but does enough to make us care about what is happening. I'm looking at you, Star Trek Into Darkness. Effects can be a little over-flashy and some scenes are derivative of other Marvel films (good or bad depending on how much you're into them, personally I'm a little burned out), yet the film has a lot of director James Gunn's wacky indie charm, a massive likeable cast and does a great job setting up an expansive and completely bonkers world. I just wish Peter Serafinowicz had more to do. 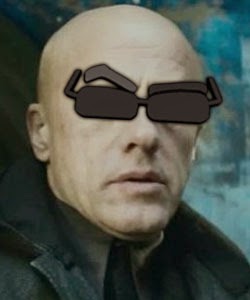 The Zero Theorem
Moving away from blockbusters, here's something that's had virtually no marketing of any kind. A dystopian film from Terry Gilliam, very much in the vein of his classic Brazil (which is one of my favourite films), though this is way more abstract and less accessible. Django Unchained's Christoph Waltz plays Qohen, a bald, deluded programmer tasked with mathematically proving that life has no meaning, or something. It's all very surreal and visually interesting, as one would expect from a Gilliam sci-fi. There are plenty of quirky elements, like the AI therapist who at one point breaks out into rap for no reason whatsoever. The film is only sporadically thought-provoking though, it's mostly just headache-inducing Gilliam nonsense. At one point a character asks, "Do you have any idea what the zero theorem is all about?" which is a very apt comment. 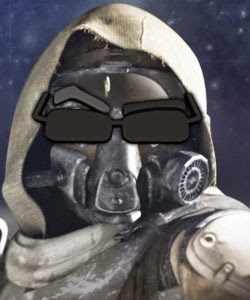 Destiny (Beta)
Alright, now let's talk games. As anyone who's been following Destiny's development probably knows, Bungie ran a beta of their Borderlands-esque Halo-but-not-Halo shooter for the public a few weeks back. I had a decent amount of time with it, but I came away somewhat disappointed. Production values - awkward Peter Dinklage dialogue aside - are incredibly strong, particularly soundtrack-wise, while the controls are as smooth as you'd expect given the company's heritage. It's just that the focus is so much on grindy, MMO-style repetition... I spent nearly two hours trying to grind out a tank boss with a couple of other cohorts and wandered what I was doing with my life. There's just so much repetition in the design that everything rubs off as generic and pointless, in spite of how good it looks. Guardians? Darkness? Fallen? Blah. Thanks Bungie, I'll pass. I think I'm getting a bit sick of sci-fi now.
Posted by Tom C at 11:10