Let’s try something new then, seeing as these blogs aren’t going to write themselves. Mini-reviews! Boom! 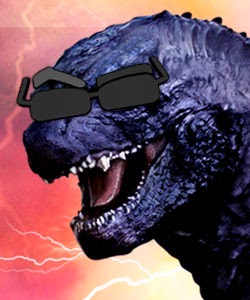 Godzilla (2014)
At last someone in the West figured out how to make an actual Godzilla movie unlike 1998’s pseudo-Jurassic Park nonsense. Godzilla himself has an impressive sense of scale and looks very good for once, but he sure likes to make us wait, almost like he’s doing a two hour long striptease. It means that we get just the right amount of Godzilla to have an impact, but we’re left with a mediocre human story to carry things, which only gets more generic and tedious as the movie progresses. It's generally all very well directed and acted; the other monsters have some decent moments, though I would have personally preferred it if ole Godzy was fighting something that didn’t look like an amalgamation of literally every single recent movie monster from Cloverfield to Super 8. Let’s get some of those bonkers Japanese monsters back. Well, maybe not all of them… 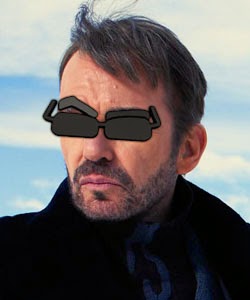 Fargo (Series)
Made oddly more compelling by the fact that virtually nobody I know was watching it, this series captures the tone of the Coen brothers film perfectly with some great visuals and a terrifically deranged Billy Bob Baddie. Between some over-the-top anti-heroes and ann amusing supporting cast (hi Saul!) there’s a strong, believable female protagonist much like the film to keep things grounded. Speaking of which, I worried at first that the characters and scenarios would be too archetypically similar to the film (to which the story is only loosely connected) but that fear subsided before the end of the first episode. Overall thoughts now that it’s over? Well, it was occasionally a little slow-moving, probably didn’t need 10 episodes, but there’s an engaging undercurrent of tension throughout. Now if only I could get over Martin Freeman’s accent. 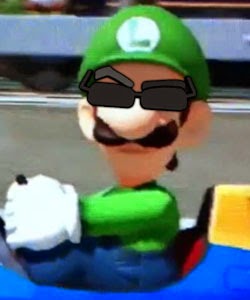 Mario Kart 8 (Wii U)
Mario Kart 8 is like meeting up with an old friend you've kept bumping in to since 1996 and discovering that they are still exactly the same as they’ve always been, except they’ve suddenly struck gold in the looks department. Which is to say that the graphics are the main new selling point in Mario Kart 8, unless you count the anti-gravity stuff… but that would be doing a major disservice to the best racing game of all time. The replays are cool - scrubbing through them is a lot of fun; having no control over the camera isn’t. The racing is solid but the lack of item stocking is odd if you’ve been playing the series for years. The balancing is fairer than it has been previously (shudder) but still regularly aggravates. The battle mode is lazy. The extras are non-existant. Oh, stop whining! It’s Mario Kart. 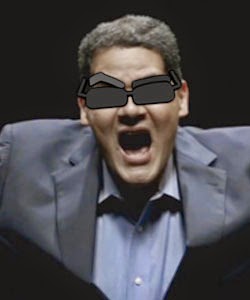 E3 2014
E3 was a couple of weeks ago and I haven’t said anything about it which is weird because I’ve usually made a stupid parody video by now. Maybe E3 just wasn’t very exciting this year? Actually, that’s not true, the main reason is probably because there weren’t really any silly conference goofs to laugh at this year, so all we're left with is a load of marketing jargon and fake gameplay trailers for expensive shooter sequels. Microsoft did a good job of turning around the Xbox One’s terrible reputation. All it took was a fan-spanking Halo collection and the promise of 4000 gamer points, apparently. Sunset Overdrive looks passably entertaining and I’m hyped about the Platinum Games thing because Platinum Games. Sony went through the motions and kind of ran out of steam somewhere around their hundredth indie showcase, though I’m looking forward to the likes of No Man’s Sky. Nintendo meanwhile are now so stuck up in their own little world that literally anything goes, it seems, and it was refreshing to see things like Splatoon and the wacky new look for Zelda. Amiibo though - those Skylanders style toys for Wii U? I’m not convinced, but if anything’s gonna save them at this point, resorting to the old ‘gotta catch-em all’ tactics probably isn’t a bad idea. So there was some decent stuff at E3, but was there enough to justify buying a new console yet? Ask me again when Metal Gear Solid 5 comes out.