The Return of The Beards: My thoughts on The Hobbit: The Desolation of Smaug 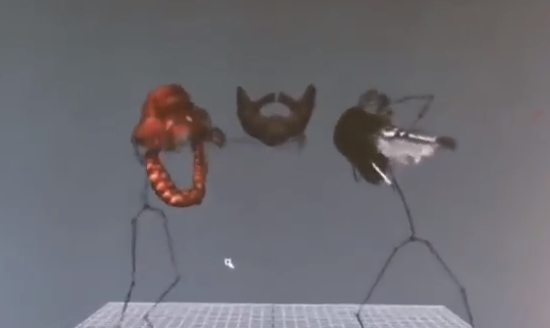 The Hobbit: The Definition of Smug, sorry, The Desolation of Smaug (turns out I’m not the first one to make that joke) is the latest self-indulgent drawn out visually exhausting trek across fiction’s most beloved fantasy world viewed through the eyes of New Zealand’s most over-affluent fanboy-turned-director Peter Jackson. If that sentence seemed rather lengthy then you’ll probably get where I’m going with this.

Okay, everyone knows these movies are long. Everyone knows Jackson is obsessed with squeezing as much detail as possible out of background details and functionally irrelevant plot points. Fine. It’s just that for the first time in the saga, I didn’t feel any satisfaction once the credits rolled. It’s probably not much of a spoiler to say that The Desolation of Smaug ends on an abrupt note, but it’s almost as if we’re getting half a movie here, arbitrarily cut in half before anything of real relevance happens - a by-product of the original two planned Hobbit movies being cut into three?

Wait a minute! Surely this was better than the first film? The one where, you know, we had to suffer through Bilbo walking around his house for 45 minutes? Actually, I have to disagree. I thought An Unexpected Journey kept things flowing with a greater level of humour and charm, with the Gollum riddles section standing out as a highlight of the entire franchise for me. It was flawed, sure, with pointless extra scenes giving screen-time to some old faces (literally) and the aforementioned slow start. Maybe it was the nine year wait we’d had since Return of the King, but I didn’t feel short-changed by the first Hobbit. I’ll stop short of calling it a good movie because I’m worried if I watched it again now I’d be less kind.

I think the main problem is that while it was entertaining, the foundations laid by the first film weren’t particularly strong. The only way a trilogy that tells a single, focused story can work is if the first part does enough to make you care about the characters and their plight. Martin Freeman is an excellent Bilbo but he has to share screen time with a cast of 13 incredibly dull dwarves that I didn’t care about in the first film and certainly couldn’t care less about now. In trying to embellish as much of the story as possible, Jackson frequently shoves Bilbo in the background and gives Thorin "Boring" Oakenshield the lead role.

For a story called ‘The Hobbit,’ it might as well be re-named ‘The Beards,’ since it seems like Jackson would rather devote screen time to the unconvincing facial hair worn by 95% of the male cast. (Incidentally if you thought the facial hair looked bad in the first film just wait until Stephen Fry shows up.) Apparently beards are so important in these movies they even got WETA to animate them digitally for some scenes. I’m not making this up. They paid people to animate beards. Groundbreaking visual effects these are not. I feel like I’m getting a bit off track.

My point is this ‘middle of the trilogy’ film doesn’t even try to do anything interesting with any of the characters and because of the first film’s failure to establish reasons to care my interest was lost very early on. There’s a handful of promising scenes such as Bilbo’s dark turn in the forest; but it’s such a small part of the overall movie that it gets quickly forgotten amongst an endless cycle of dull action and padding. The whole movie builds up to Smaug’s appearance, which starts off well but devolves into a horribly boring action sequence that’s almost incomprehensible. I have no idea what was supposed to be happening during the last 20 minutes. There was a lot of fire and dwarves and beards flying around and I’m pretty sure the droid factory from Attack of the Clones showed up at one point.

Don’t get me started on Legolas’ pointless appearance, or the cringe-inducing ‘there could be anything down my trousers’ love triangle, or the fact that Gandalf’s sub-plot doesn’t go anywhere, or the CGI bee that lands on Bilbo’s nose and looks like the worst visual effect ever conceived this side of the Amazing Bulk…

There’s an argument that The Hobbit book was written as if Bilbo was reciting it from memory - anything that didn’t matter to him was left out (to be later filled out through Tolkien’s obsession with appendices and whatnot). Jackson’s vision of The Hobbit is to give us the ‘complete’ version of the story all cobbled together while showcasing his production company’s outstanding ability to render more and more beards. There’s nothing inherently wrong with that - for the most part the film still holds up as a piece of fantasy entertainment. The problem is, in my opinion, the excessive approach just isn’t worth it - the story is no longer about Bilbo, it’s about beards talking to more beards, with extra beards thrown in for good measure. The Hobbit stood the test of time because it was a concise, engaging, simple little novel aimed at a younger generation. Sometimes we don’t need embellishment. Or CGI beards.