Mini-Reviews #6: Too Much TV

I’m sure it’s not just me that’s noticed there’s been a bonkers amount of high quality shows around recently! Since we now seem to be in a world where original programming via services like Netflix regularly kicks the movie industry’s arse, I’ve decided to do this new instalment of mini-reviews exclusively on new TV shows I’ve watched in the last 3 to 4 months. Still, it’s not all glowing... 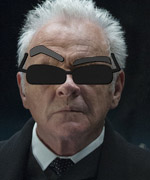 Westworld: Season 1 Let’s get all the gushing out of the way first. As TV shows continue to get more ambitious I do wonder if we're reaching a critical point where scripts start falling apart and actors give way to special effects. But as much as that often happens in movie blockbusters these days, it hasn’t happened to Westworld - a show that looks more expensive and polished than just about anything else this year (on the small or big screens), and yet has a rollickingly clever story and brilliant turns from extremely likeable actors (major props to Anthony Hopkins and Thandie Newton). I don’t want to talk too much about the show for fear of spoiling things - I will say that it pulls off multiple, satisfying, layered twists that reward audiences without alienating them, and production values that are simply off the charts. There’s a worry that its reliance on major revelations won’t keep working in future seasons, but I feel like the writers are smarter than me, so I’ll shut up now. Go watch it. 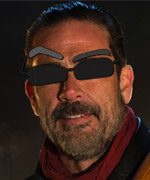 The Walking Dead Season 7A


While anticipation going into this new season was strong, I feel like the show ended up delivering one of its weakest runs of episodes ever, and I know I’m not alone feeling this way. So what went wrong? Well, for starters there's the overly repetitive presence of Negan... An uneven tone, caused perhaps by a misplaced adherence to the source material... Segregation of the core cast (I count five separate communities now, often with just one getting the focus of an entire episode) and an overall depressing, cyclical feel to the story. We know Rick will fight back eventually - we’ve seen it happen time and time again with each new threat he’s faced. Here’s hoping for a faster, more surprising, more action packed second half next year.
PS: Steven Ogg is awesome by the way. More of him please. 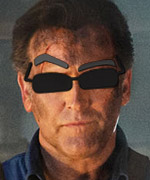 Ash vs Evil Dead: Season 2
Sticking with shows tackling the undead for just a sec, I really want to shine a light on what has quietly become one of the most consistent shows around. Not consistently amazing, mind, but that’s not what Ash vs Evil Dead is trying to be. This show is silly, it’s not clever, and it’s not even that funny most of the time - it’s a real ‘turn your brain off, sit back, relax, and just go with it’ sort of show. That in itself puts it in a real sweet spot as far as I’m concerned. Despite a somewhat weak antagonist this season, the character of Ash is always reliably entertaining, the nods to the (superior) original movies are always welcome, and it does feature the absolute most vile, disgusting, twisted scene I’ve ever seen in a broadcast medium. You have been warned. 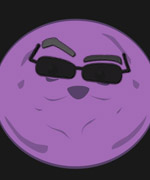 South Park: Season 20
Member when South Park did a different story every week? Oh yeah I member. For the uninitiated, South Park took a fairly unprecedented approach this season by telling a totally self-contained, singular story arc about internet trolls and the destructive power of nostalgia across 10 whole episodes. The feeling by the end is that it didn’t really work, and I think Matt and Trey are aware of this (as even the title of the final episode would suggest). South Park has always been built on a rolling weekly basis; it’s perhaps clear in hindsight that hashing out the ultimate goal of this season’s narrative wasn’t going to be easy - particularly when so much hinged on a US election that didn’t go the way anyone expected. Still, I can’t blame them for trying. And we did get the member berries, the funniest thing to come out of South Park since the aftermath of Randy Marsh’s groin irradiation. 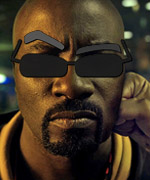 Luke Cage: Season 1
I don’t have too much to say about Luke Cage. I didn’t love it. I didn’t hate it. For what it’s worth, it’s another Marvel TV series that shares many of the same strengths and weaknesses as those that came before it - strong atmosphere and characterisation, poor and repetitive pacing. The blaxploitation approach is certainly an interesting angle for a mainstream series like this, and one which perhaps I struggled to get to grips with at first. It’s all very low key and understated, except for when it remembers it's a superhero show and finds excuses for fight scenes. It all feels rather mundane for a man with indestructable skin. Nevertheless, the writers do their damndest to come up with mcguffins to try to create the illusion of threat. I wouldn’t go into this one looking for thrills, but maybe go in looking for feels. Not emotional feels, just feels. There’s a lot of smooth jazz, bro. 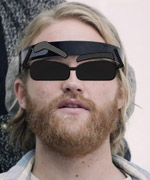 Black Mirror: Season 3
The jump onto the Netflix bandwagon seems to have done Black Mirror a world of good. It feels bigger than before, it’s literally twice as long as before (6 episodes instead of 3) and writer Charlie Brooker is still finding new ways to tell dystopic, believable stories about the future of a technological society - it’s becoming scarily close to the real deal now. Since the episodes are so different, here are some super mini reviews of each one:
1: Nosedive: Or as I like to call it, ‘Instagrapocalypse,’ a very polished and darkly funny metaphor for social networking as a status symbol.2: Playtest: As someone who recently wrote about VR, this was a fun one to watch. Takes things to quite an extreme. Coulda done without the cheeky BioShock line, Charlie.
3: Shut Up and Dance: Bloody hell. This one’s just brutal. ‘Nuff said.
4: San Junipero: The most optimistic and touching Black Mirror has ever been. Probably a lot of people’s favourite for that exact reason.
5: Men Against Fire: Bit of a weak link I think - I guessed the twist right away and it’s basically the same plot as Haze, which isn’t exactly a great reference point.
6: Hated in the Nation: It’s too long, and it’s got a concept that some people might find a bit too wacky, but it’s a meaty satire that certainly sticks in the mind. Ahem. 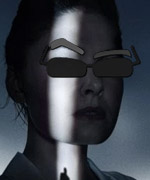 The Man in the High Castle: Season 2
You know, this show has a lot going for it. It has a compelling premise - an alternate history that actually feels fleshed out and believable. There’s political intrigue, complex and morally ambiguous characters, a bit of supernatural mystery… but I can’t kid myself that the execution is really that great. It’s just generally… dull? The pacing is almost uniformly awful, the disparate elements of the plot never quite gel and for every subplot and character motivation that clicks, there’s something happening elsewhere that has me rolling my eyes. It’s a shame as I think this show still has the potential to really come into its own - the last two episodes in particular definitely made me perk up. It’s just… lose the tedium, please. 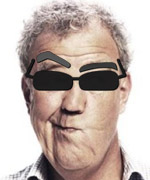 The Grand Tour (Initial Impressions)
It feels like Clarkson has become a little bit too smug. I know this was always his shtick, but there has to be a limit somewhere, surely? Gone are the budget and PC-friendly constraints of the BBC, and in its place we’ve got a show with more forced and scripted comedy than ever before. If that’s your cup of tea then great, but to me it just feels a little bit hollow and stuck up itself. Give us more natural, unscripted banter. Failing that, at least give us something that feels like it could have actually happened. We all know the Top Gear antics were scripted, but it wasn’t on the level of… pretending to shoot terrorists and dying repeatedly in a parody of Edge of Tomorrow. I mean, what? Still, it’s better than the recent Top Gear turned out. I think that much goes without saying.
Posted by Tom C at 15:45