Right, summer is almost over, and it feels like it’s about time I bashed out some new unfettered opinions on stuff. Perhaps it will even help pass the time before Metal Gear Solid 5 comes out. One can only hope… 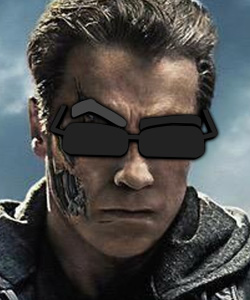 Crikey, where do I even start with this one? It’s no secret that this latest attempt to resuscitate an iconic franchise didn’t exactly turn out that great, so the question remains, is it still worth watching? Well, yes, kind of, but please deposit your brain by the door. This, after all, is a film that insists, without question, that the only way to stop a nuclear apocalypse is to time-travel to merely hours before it’s due to happen, despite the fact that you could theoretically stop it years in advance. This is a film that thinks that the Terminator attempting to smile - a scene from Terminator 2 that was deleted to make room for better scenes, deserves screen-time as running gag. This is a film that spoilt its only legitimate twist in its own bloody trailers - and - if you successfully managed to avoid those - the posters too.

It can be fun though, a lot more fun than the tiring ad-nauseam of Terminator 3 and the bleak, bland, boringness of Salvation. Watching an old Arnold fight his younger-self, realised in impressive CG, it hit me, this is nothing but a big-budget fan-film, and shouldn’t be held in any higher regard. In that respect, it has its moments. But as an intelligent sci-fi flick to rival the original films? Don’t even go there.

Bonus thought:  Paps! I had no idea Emilia Clarke could be so annoying.

No, I’m not just reviewing this to help justify the ‘mini’ in this blog title. 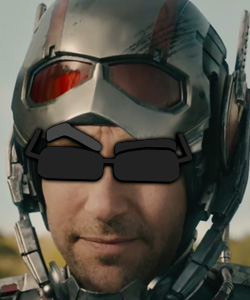 Okay, so I’m going through a bit of a superhero fatigue phase at the moment. I haven’t even watched Age of Ultron yet, so it will probably strike you as odd that I went to see Ant-Man this summer. Well, put this one down to morbid curiosity I guess. I’m a giant Edgar Wright fan, so the fact that he had such a heavy involvement in the early days of this counts as a definite plus for me. Of course I’m disappointed that he didn’t direct it, but I’m sure he had his reasons. Having seen the finished film, I can think of plenty.

Ant-Man’s not bad - it is what it is. I appreciate the simplistic approach and the fact that it accepts the ridiculousness of its source material so unabashedly… After all, Ant-Man is about a man who shrinks in size and controls ants using mind-powers. It’s just… despite everything, I found the film very forgettable. It’s quite hard to put a finger on what went wrong - it’s like the whole film has been muted with a layer of mediocrity. A couple of ‘tip’ sequences in which director Peyton Reed mimics the style of Wright just feel off because they lack the kineticism we’re used to seeing in the likes of Shaun of the Dead. The effects look good, but there’s never enough weight to the action, leaving the audience is in a state of permanent detachment. Still, the final fight is quite something, hinting at the ludicrous potential that could have been unlocked since it establishes that literally anything can be shrinked or grown at ease. Perhaps it’s good that they didn’t go crazier, but a little more insanity might have made the film stand out a bit more. As it stands, there’s nothing inherently wrong with the film - if you’re not suffering from superhero fatigue you’ll probably enjoy it quite a bit.

Bonus thought:  A cameo from Marvel’s ‘bottom of the barrel’ Avenger feels like the most shoehorned-in bit of ‘universe building’ nonsense that’s ever come out of one of these films. 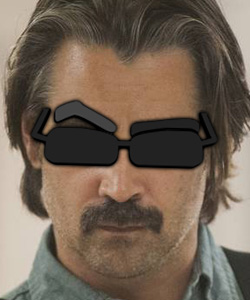 The biggest problem with True Detective Season 2 is the fact that it’s called True Detective. The first question anyone asks will inevitably be, ‘is it as good as the first season?’ which is an unfair comparison for so many reasons. It’s an entirely different story, different cast, different location, and the circumstances surrounding its release are totally different. Season 1 came out with virtually no fanfare, and became a big hit. For Season 2 we’re all expecting something great from the get-go. I guess it makes sense to make it a ’sequel’ for marketing purposes, but the point I’m getting at here is that for all intents and purposes, they shot themselves in the foot with this one, and this should be treated as a separate show.

Christ, that was rambling. Maybe I should talk about whether it was as good as the first season…

Well, it’s certainly a more laborious watch, if that makes any sense at all. The meandering plot is dark, grisly, and kinda all-over-the-place. Ask me to describe it, I’m tempted to just shrug and blow bubbles, such is the convolution here. Watch it for the characters, I’d say, and the general atmosphere. It gets under your skin in a mildly hypnotic way, even if long stretches of episodes are padded out with meaningless pretentious dialogue. Performances are good for the most part, especially Colin Farrell, who I don’t think has ever been on such fine form. There are some great action and set-pieces sequences peppered throughout, especially towards the end, though there’s nothing as insanely well crafted as McConaughey’s one-shot drug-fuelled gang infiltration from the first season.

Bonus thought: Not sure Vince Vaughn convinces as a honcho tough-guy gangster type. Oh, maybe that was the point. 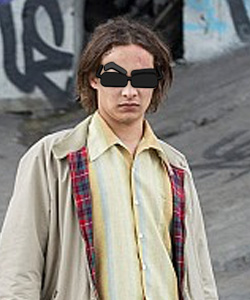 As if superhero fatigue wasn’t enough, I’m gonna go ahead and add zombie fatigue to my list of impairments. Specifically Walking Dead fatigue. Because my god, is there a lot of The Walking Dead around at the moment. I could ramble for ages about some of my problems with the main show, but let’s not do this now. Let’s talk a bit about the new spin-off prequel that debuted last week.

I was cautiously optimistic about Fear the Walking Dead, as I figured it would be a fresh new perspective for the franchise. Away from the repetitive trudging through forests, sitting contemplatively, more trudging, more sitting contemplating… the crickets, oh god the crickets never stop!! But I digress. Fear the Walking Dead’s setting is boring. The pre-apocalypse world is boring. The action is boring. Sorry if this sounds pre-emptive and immature, but it’s simply my knee-jerk reaction to many of the generic decisions that were taken with this pilot episode.

They’re generic because this story has been done to (pardon the pun) death. Of course there’s the drugged up protagonist who makes first contact with the undead and doesn’t know if what he’s seen was real. Of course there’s a character who’s been reading up about mysterious outbreaks and is met with skepticism by others. Of course there’s the viral video of the one zombie being gunned down by police, long before anyone suspects something is up. Maybe I’m expecting too much, but I’d like to be surprised once in a while, guys. In spite of these things, and the mostly sub-par acting, I started to warm to the show towards the end. I found Frank Dillane’s Nick character to at least be engaging, as he wanders about in a state of deluded panic, seemingly channeling a young Johnny Depp. Maybe it’s his face. Anyone want to reboot Edward Scissorhands? I lost track again. Where was I? Oh yeah, talking about a show I don’t care about. Well, whatever. I’ll see how this pans out over the next few weeks.

Bonus thought: Opening with a guy stumbling around would be nice zombie foreshadowing, but Shaun of the Dead did it already. Yes, I’m namedropping that again. 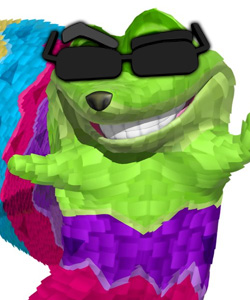 Now to balance out the negativity from above with some good old-fashioned gushing. Yes, I've talked about Rare Replay already, but now that I’ve been sitting with a controller glued to my hands for the past month, I can confirm that everything went well with this one. Great value, great presentation and a great set of games to boot. Let’s dig deeper…

Quick reality check. The games are dated, inevitably, and there’s nothing we can do about that. The ZX Spectrum games are ancient and cryptic to the point of incomprehension. The Snapshots feature is alright, but pales in accessibility to NES Remix. Jet Force Gemini’s controls are weird - I personally have no problem with that, but I can see why people can’t get past it. And yes, Conker’s Bad Fur Day doesn’t hold up well against the more recent Xbox version, which unfortunately wasn’t included here. Neither is GoldenEye, of course, but we can’t help that. I definitely suggest digging out your old N64’s for it though - split-screen multiplayer is still a blast.

I like to think of Rare as being the Aardman equivalent in the gaming world. I grew up with their games, I follow what all their devs and ex-devs are up to on Twitter, and I know far too many facts about the history of the company. So the Rare Revealed video segments are great extra material for me - interesting too, talking candidly about Nintendo on a first-party Xbox product (despite the whitewashing of all Nintendo logos and more in the games themselves). These behind the scenes videos did leave me wanting more though - thankfully they’re planning to continue the series on YouTube.

What’s important to me is that this marks the resurgence of Rare in the gaming industry as a force to be reckoned with. I don’t normally care about charts and stuff, but there’s something satisfying about the fact that Rare Replay is the company’s first game to hit number 1 since the Banjo days. I hope it encourages Microsoft to give Rare a more hands-off approach, to nurture its IPs better (as they’ve already started doing with the likes of Killer Instinct and Battletoads) and to let them to preserve their iconic British charm - its quite telling that there’s no mention of Kinect Sports in this whole collection.

The Banjo games are brilliant. Perfect Dark is one of my favourites of all time. If you want to start somewhere, I actually recommend the obscure haunted house brawler, Grabbed by the Ghoulies. It was unfairly treated at the time, and it’s brilliant, easy to play but with a lot of challenge to boot - it’s a cacophony of silly noises and hilarious designs and stands as a brilliant summation of the company’s humour and visual appeal overall. Diddly-doo!

Bonus thought: I’d never played Viva Piñata before but I’m thoroughly hooked now. Though I wish the Rare revealed video explained who the hell thought using Comic Sans as a font would be a good idea.

Well, that was quite a bumper set of reviews. Though I’m looking at the clock, and Metal Gear Solid 5 still isn’t out yet. Bugger.